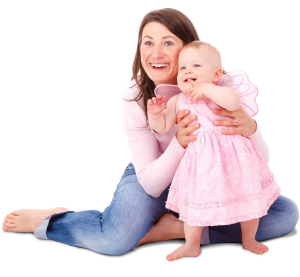 CAPSA is a non-profit domestic violence, sexual abuse, and rape recovery center serving Cache County and the Bear Lake area. It provides support services for women, men, and children impacted by abuse. All of our services are FREE and confidential.

CAPSA’s mission is to provide safe, caring, and confidential shelter, advocacy, and support for victims of domestic violence and sexual assault, and to reduce incidents of abuse through prevention education.

At CAPSA, we imagine a world with empowered survivors, safe homes, and children living without fear. Every day we work toward our ultimate goal of ending domestic violence in our community.

We believe in individual worth. We believe a person in an abusive situation has the right to understand the options available to them, and be in control of his or her own decisions.

We believe that individuals:

of every dollar goes directly to survivors

100% of your donation Help Survivors

When you contribute, you can feel good that your gift benefits individuals impacted by domestic violence, sexual abuse, and rape. 87% of your donation goes directly to support services, while 13% is used for the cost of running the business and securing contributions that make our work possible.

For full financial transparency, you can view our 990 IRS reports for the last 5 years.

For financial data from prior fiscal years, please contact the Executive Director or Operations Director at (435) 753-2500.

In 1976, two high-profile rape cases occurred on Utah State University’s campus. This troubled many community members, and deciding to act, they created the Cache Valley Rape Crisis Team. The team was a hotline and calls were directed toward the university’s Women’s Center.

In 1979, Utah passed a spousal abuse act, which made domestic violence illegal. With this legislation, both the need and funding for domestic violence shelters increased. The response team changed it’s name to Citizens Against Physical & Sexual Abuse, and community members began housing individuals within their own homes.

It wasn’t until 1984 that CAPSA gained enough monetary support to allow a shelter to be purchased. The board then hired CAPSA’s first five full-time employees, and on Valentine’s Day of 1985, CAPSA began serving clients.

With this new source of funding, CAPSA was able to form the Mobile Crisis Team in 1992. Team members then and now meet with victims of abuse and stay with them as a rape exam is completed or as they recount what happened to law enforcement personnel. Members of the Mobile Crisis Team are seen as both advocates and friends to the victim, and they are there when family, friends, roommates and others cannot be. When the crisis team was created in 1992, it was the first of it’s kind in the state of Utah.

Ten years after the Mobile Crisis Team was created, a new shelter opened in 2002. This shelter nearly doubled the capacity of CAPSA’s previous shelter and allowed for two new living room areas and kitchens.

In 2017, CAPSA expanded again, when it opened the Gail Bird Weinshenker Therapy Center and the Mary Flynn Palley Children’s Center. These needed additions aid CAPSA staff as they provide therapy and other services to all individuals in need within Cache & Rich Counties.

In 2020, with the generous donation from the Charis Legacy Foundation, CAPSA began construction on a 9,575 sq. ft. addition to our main office. This addition will create a single entry for improved security and add 16 program offices for casework and clinical therapy, add four dedicated group rooms, create a Prevention Education Department area and an administrative space.

Quickly exit site
Click on this button when your abuser enters the room. This page will be changed to Google. Close Now
Scroll to top